🎫 Get £10 off Your Initial Examination 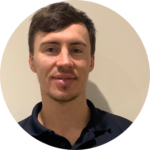 Hayden is a graduate of the McTimoney College of Chiropractic. Chiropractic first found Hayden when he was 13 years old and started suffering severe cramps and weakness in his right leg which was stopping him from sleeping and participating in sport.

Several months of doctors’ appointments and various scans revealed an upper motor neurone lesion obstructing communication from his brain to his body. Through chiropractic Hayden became able to sleep and participate in sport without hindrance from pain. This naturally inspired an interest in health and in particular the spine. It soon became apparent how crucial maintaining spinal health is to living a healthy living lifestyle.

Seeing the benefits he and his family got from chiropractic made his choice of career easy and he remains passionate about educating as many people as possible about chiropractic and the spine. 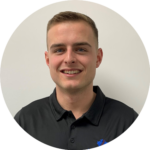 Dan was first introduced to chiropractic when he was 14, after injuring his back playing rugby. After recovering from the injury, Dan chose to continue his care after feeling the benefits from being regularly adjusted in all aspects of his life. After learning more about chiropractic and its holistic approach to health. Dan realised that it closely fitted with his own values and decided to study for a master’s degree in chiropractic. During his time at the Anglo-European College of Chiropractic Dan discovered a passion for food and enjoyed cooking for his housemates. He enjoyed playing rugby for Bournemouth Rugby Club and socialising with friends on Bournemouth beach.

In practice Dan works with people all ages from children to the elderly. He empowers people to take control of their well-being by implementing positive changes in diet, exercise, postures and lifestyle choices. He uses this alongside a range of chiropractic techniques to help achieve the very best results.

Dan’s philosophy is: “Education is key. If people are more aware of what benefits their health, they can make pragmatic choices to help them transform their lives.” 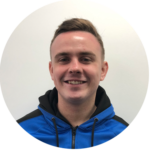 Dom lives in Motherwell and has been a therapist in the Wishaw Chiropractic for 4 years and has recently moved and joined the team at Maple Chiropractic.

He works on a part time basis at Maple Chiropractic and also works as a Firefighter.

He previously played professionally for Motherwell FC where he suffered a injury to his lower back resulting in a herniation to 2 lumbar discs which lead him into his interest and passion for Sports Therapy and Rehabilitation.

He studied at City Of Glasgow College where he achieved his HND in Sports Therapy and has been part of the team since.

When he is not working, he enjoys working out, watching/taking part in football and socialising with family and friends.

He looks forward to seeing you in the clinic to help you on your road to recovery and living a happy and healthy lifestyle. 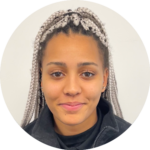 Nicole joined our team at Maple Chiropractic in September 2021 after completing her degree in HND Sports Therapy at City of Glasgow College.
She developed her interest in sports therapy and rehabilitation after developing knee injury which made her believe she will never be able to return to sports pain free.

After receiving sports therapist care she decided this is the career path she would love to choose helping people recover so that they can live a healthy happy life no matter what.
After joining our team at Maple Chiropractic Nicole found it so beneficial working alongside chiropractors seeing how sports therapy and chiropractic care combined together can bring such big changes to people health.

Samantha who originally comes from Wishaw herself has just recently joined the Team working in our Motherwell Clinic. She was first introduced to Chiropractic care when she had a sore back and was seen at the Wishaw Clinic and after getting the results that she wanted this is when she knew it was something that she would like to get to know more about. After starting with Wishaw Chiropractic in November her knowledge and understanding is progressing. Samantha enjoys spending time with her family, socialising and going to the gym in her spare time.